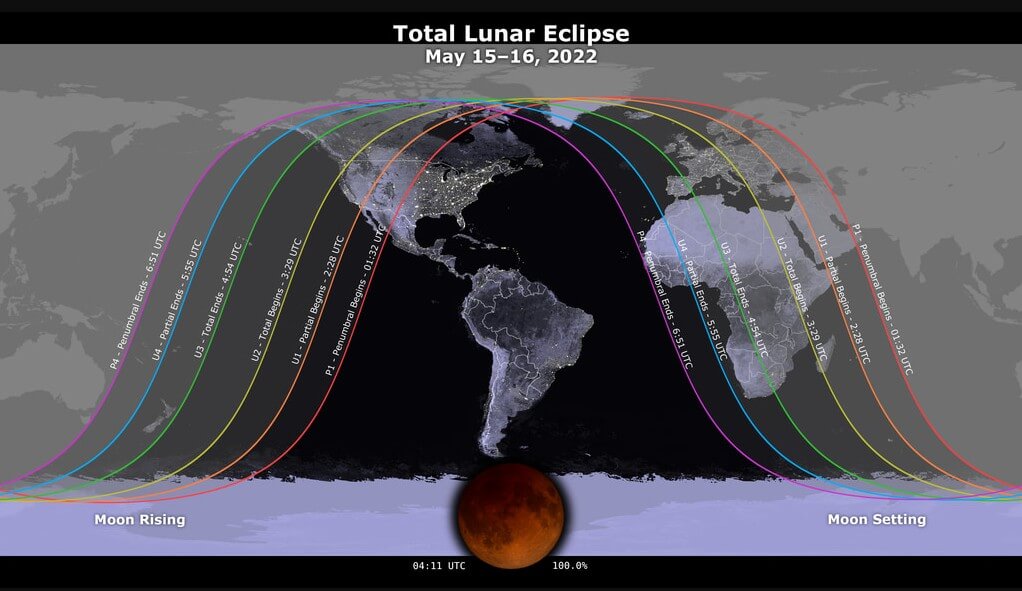 Tonight the Moon will cross through Earth’s shadow over the course of three and a half hours creating a dramatic total lunar eclipse.

Tonight, the full Moon will pass through the shadow of Earth, producing a total lunar eclipse. Totality begins at 11:29 pm EDT on May 15th (03:29 UT on May 16th). The Moon will turn red for almost 85 minutes:

Total Lunar Eclipse from Earth to Sky Calculus on Vimeo.

This eclipse might be darker red than other recent lunar eclipses. Blame the Tonga volcano. During a lunar eclipse, most of the light illuminating the Moon passes through Earth’s stratosphere where it is reddened by scattering. When the Tonga volcano erupted on January 15, 2022, it hurled 400 million kilograms of ash and fumes deep into the stratosphere. The volcano’s lingering exhaust could shade the eclipse, making it a deeper darker red than usual.

The eclipse will be widely visible from the Americas on May 15th; and Africa and Europe on May 16th: visibility map.